I've been developing a chemistry game for learning The Periodic Table. This game features the song The Elements by Tom Lehrer.

I've corresponded with Tom a few times via email to seek his permission to use his song / recording in the game. Surprisingly though, the discussion led to something quite unexpected. Whilst discussing the elements discovered since he wrote his song I proposed a specific arrangement for including them into the song.

Tom said that for many decades he has been uninterested in adding the elements, and that all proposals to date "do not scan or rhyme". Apparently, mine didn't either, but my version "looks so close to satifactory" that he couldn't resist using it as the basis to completing the song himself.

Here is a screenshot of an email from Mr Lehrer himself. 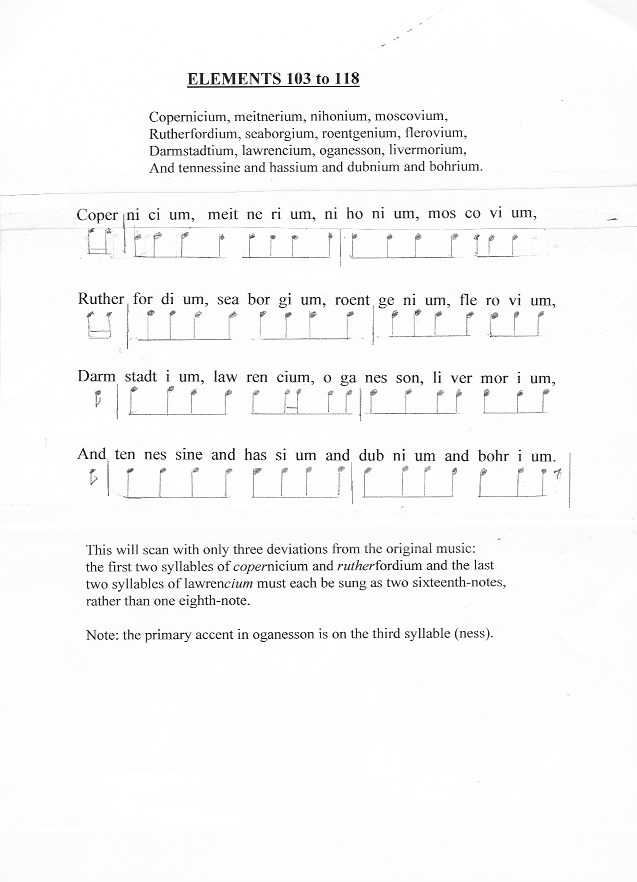 He doesn't say where to insert the new elements, but my guess would be where he says "I left out one actually" at 55 seconds in his Copenhagen recording - https://www.youtube.com/watch?v=AcS3NOQnsQM

Popular posts from this blog

- June 19, 2019
If you need something like JavaScript's setTimeout in Blazor, you can achieve the same thing with a System.Threading.Timer: The time sponsored by Accurist is @Time private string Time { get; set; } protected override void OnInit() {  var timer = new System.Threading.Timer((_) => {   Time = DateTime.UtcNow.ToString();   InvokeAsync(StateHasChanged);  }, null, 0, 1000);  base.OnInit(); }
Read more